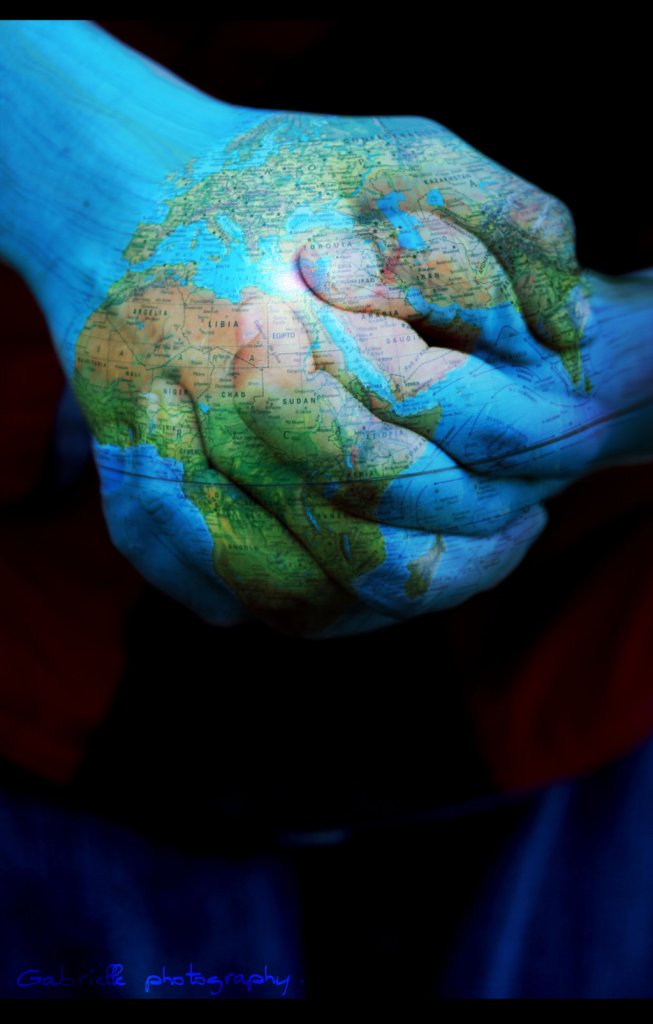 Once again, its time for Teen Choice Tuesday (#tct) where we hear from you, the youth group, on topics that are close to your heart. This week we hear from John Sasser on the necessity of the Gospel.

We accept Jesus as our Lord and Savior or as Romans 6:4 puts it,

“We were buried therefore with him by baptism into death, in order that, just as Christ was raised from the dead by the glory of the Father, we too might walk in the newness of life.”

So after all of that: placing your faith in Jesus and stepping out of death and into life, what are we supposed to do now? Well, as Paul puts it in Roman 1:5,

“Through him we have received grace and apostleship to bring about the obedience of faith for the sake of his name among all nations.”

So with our faith, comes obedience to Jesus, and we do whatever He tells us in His Word. And there is one very important mission that Jesus gives at the very end of the Gospel and it is this:

“Go therefore and make disciples of all nations, baptizing them in the name of Father and of the Son and of the Holy Spirit, teaching them to observe all that I have commanded you. And behold, I am with you always, to the end of the age.” – Matthew 28:19-20

This is what Christians call “The Great Commission”, the greatest mission in all of the Bible, and the sole reason we have the Gospel in the first place. The mission we were given from Christ was to go out and tell people about the Gospel. We are to tell everyone: our friends, family, neighbors, bosses, co-workers, people in Africa, Italy, whoever lives in Madagascar, the entire world. Because the undeniable truth of the Gospel is that if a person never hears of what sacrifice Jesus has made for them, or how much the God who created them loves them, they will undoubtedly be sent to the fiery pits of Hell.

And I believe that the biggest threat to the Great Commission is the world we live in today. In today’s world we are taught to coexist with everyone, including the people of different religions and different beliefs. If someone does not believe in a god or believes in a different god than the one we as Christians are accustomed to, we are supposed to respect that. And while it is good to live in a world of peace, it is unacceptable to let other people go on not knowing the love of Christ and eventually end up being sent into Hell.

But another threat to the Great Commission is the minimal effort that is being produced by Christians all over the world, including America. I believe that America, even though we are truly blessed with so many copies of God’s Word in our country, is becoming one of the most biblically lost countries in the entire world. Some Christians in America read the Great Commission and ignore it. Some Christians just say, “Well, I asked that weird girl in my math class to come to youth group, but she said no. But at least I gave it a shot and that’s good enough.” And while inviting your friends to church is a very positive thing, it is not good enough in the eyes of Jesus. We are called to go to the ends of the Earth with God’s Word, not just the ends of our schools.

You may be asking yourself, why is that everyone who has never heard God’s Word is being sent into Hell? Doesn’t God have mercy on those people? Shouldn’t those people be innocent in the eyes of God?

Well first, it is impossible to say that no one has heard about God. For we all have information about God. Paul states in Romans 1:19-21,

“For what can be known about God is plain to them, because God has shown it to them. For his invisible attributes, namely his eternal power and divine nature, have been clearly perceived, ever since the creation of the world, in the things that have been made. So they are without excuse.”

Paul is saying that God depicts his glory and his power through his creation of the Earth. As we, God’s people, look at the world around us, we have no excuse not recognize the existence and sovereignty of our God. But the second point is, even though we are constantly being shown the glory of God, we persistently reject him through our sin. Paul goes on to say in Romans 1:22-23 that,

“Claiming to be wise, they became fools, and exchanged the glory of the immortal God for images resembling mortal man and birds and animals and creeping things.”

We, even though having the knowledge of an almighty and all-powerful God, decided to give ourselves up to dishonorable, impure, and un-biblical actions. And that is the reason we need the Gospel.

David Platt, the former head pastor of the Church at Brook Hills in Birmingham, Alabama, and current President of the International Missions Board, mentions the following idea in his book Radical: “Suppose you were to ask me, ‘What happens to the innocent guy in the middle of Africa who dies without ever hearing the gospel?’ My confident answer to you, based on the authority of God’s Word, would be, ‘I believe he will undoubtedly go to heaven. There is no question in my mind.’” And David is right, according to the Gospel, the innocent man in Africa will go to Heaven. But David goes on to say this: “The reality is, the innocent guy in Africa will go to heaven because if he is innocent, then he has no need for a Savior to save him from his sin. As a result, he doesn’t need the gospel. But there is a significant problem here. The innocent guy doesn’t exist…in Africa or anywhere else.” And again, David is right. The innocent man does not exist.

We are all guilty and have all turned our backs on God. Like Paul says in Romans 3:10-18,

“None is righteous, not one; no one understands; no one seeks for God. All have turned aside; together they have become worthless; no one does good, not even one. Their throat is an open grave; they use their tongues to deceive. The venom of asps is under their lips. Their mouth is full of curses and bitterness. Their feet are swift to shed blood; in their paths are ruin and misery, and the way of peace they have not known. There is no fear of God before their eyes.”

To some up everything that Paul is saying: we are guilty and there is no other way around the Gospel. Think about it like this: if it were possible to secure salvation by never being able to hear the Gospel in your lifetime, then what would be the point of having mission trips or the Great Commission in the first place? By this logic, forget thinking you helped anyone in the Dominican Republic by telling them the Gospel, you just ruined their lives. They might as well have put their fingers in their ears, screamed at the top of their lungs, and locked themselves up in their houses. Because the moment you told them about God, they were doomed. (I hope you sense how silly and untrue those statements were.)

We are to show people the way that God has changed our lives through our obedience to Him and delight in His Word. We are to live like Christ, so much that we hear people around us say, “I want what they’ve got”. Matthew 5:14-16 says,

“You are the light of the world. A city set on a hill cannot be hidden. Nor do people light a lamp and put it under a basket, but on a stand, and it gives light to all in the house. In the same way, let your light shine before others, so that they may see your good works and give glory to your Father who is in Heaven.”

Remember, the Gospel is not and never will be optional.

What does the Gospel mean to your life? How have you seen it at work?