Picture the worst day ever: You miss your alarm, forget to put on earrings (girl stuff blech), get pulled over for not stopping at a stop sign, forget your homework, accidentally insult your friend, get kicked off the track team for having not awesome grades, mom took your tablet away so you can’t play Clash of Clans, then she makes your least favorite meal ever for supper… Sounds pretty rough right?

Let me just tell you– that is nothing compared to Jesus’ day He had on Good Friday.

In the morning, he faced several trials for which He was falsely accused and beat during.

“Then the leading priests kept accusing him of many crimes, and Pilate asked him, “Aren’t you going to answer them? What about all these charges they are bringing against you?” But Jesus said nothing, much to Pilate’s surprise.” Mark 15:3-5

After this, Pilate, who was the Roman Governor, tried to let Jesus go free by offering to free Barabbas, a murderer. The crowd refused to free Jesus and the convicted murderer was set free.

Pilate asked them, “Then what should I do with this man you call the king of the Jews?”

They shouted back, “Crucify him!”

“Why?” Pilate demanded. “What crime has he committed?”

But the mob roared even louder, “Crucify him!”

So to pacify the crowd, Pilate released Barabbas to them. He ordered Jesus flogged with a lead-tipped whip, then turned him over to the Roman soldiers to be crucified. Mark 12-15

This painful and torturous ceremony continued until Jesus was on the cross at which point, the Romans guards left Him to die because often during crucifixion, you died shortly after because it was so hard to breathe and hold yourself up.

*the sign placed above His head read: This is the king of the Jews*

The guards instead spent this time gambling over Jesus’ clothes and hurling insults towards the Son of God.

I could go on and on about the sheer amount of physical pain that Christ endured this day, but I want to focus on what all of this means for us today.

Christ knew this day was coming, He knew how incredibly painful it would be, but He also understood that this was the only way that He could pay for our sins. 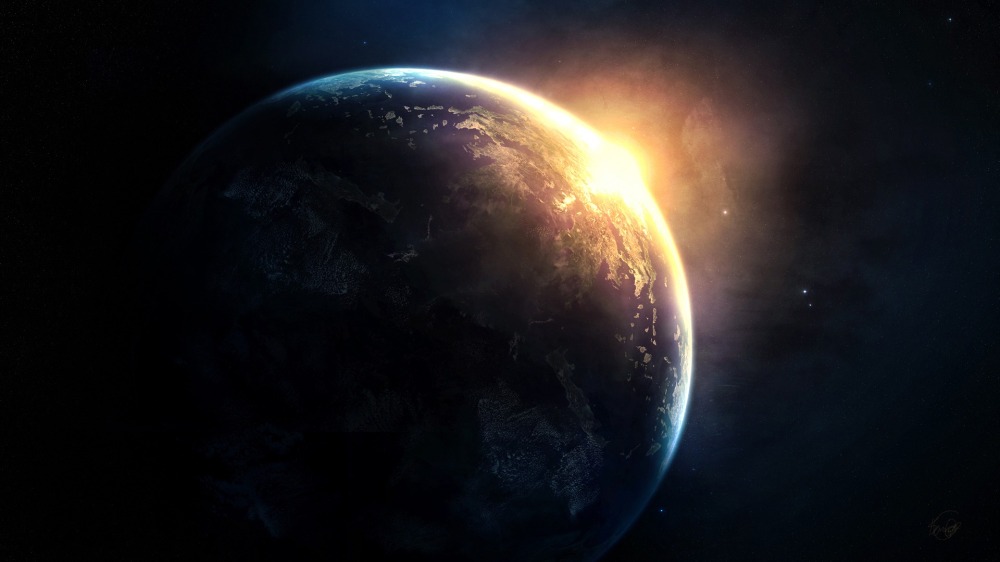 Jesus Christ led a perfect life in a broken world. For this reason, He was the only person who could save it.

Our sin brings us death. When we sin, we literally deserve to spend eternity in Hell because of it. That is the cost.

But Christ paid that cost for us. He gave us the ultimate sacrifice in order for us to be with Him again one day. Because He died, we can live with Christ in Heaven.

As a man, He had no choice but to die on this day. As our Savior, we know that this wasn’t the end of Jesus’ story, but we will get into that on Easter Sunday.

The world took from us the very pinnacle of love; sin tried to overcome peace and mercy on this day and still tries to do so now, but Christ is so much more than His broken and dead body.

What He did was save the entire world from a lifetime of sin and an eternity in Hell.

Jesus died on that cross for you. Christ died so that when you mess up, when you lie to your parents, when you drink that stuff you shouldn’t, when you go too far with your girlfriend, when you hold resentment towards people, when you can’t stand the sight of yourself, when you look at pornography– it is forgiven and we can live with Christ in Heaven.

He supplies us grace, our sins are washed away and forgiven. There is nothing you could ever do in order to lose this incredible gift!

His grace is incredible and it took an incredible sacrifice for this to be possible.

Let me encourage you if you’ve never read anything on the crucifixion to do that today. It’s hard to understand the magnitude sometimes of how serious and painful this form of death was.

Christ suffered not only for the sins of man, but arguably the worst form of death in the history of our messed up world.

“For God so loved the world (you) that He gave His only son, so that whoever believes in Him won’t perish, but have eternal life.” John 3:16

This is the foundation of our faith. If you take nothing else from this weekend, know that God loves specifically you and there’s nothing you could ever do to change that.

Dear Lord, you have done more for us than we could possibly fathom. You paid the ultimate sacrifice.

You bared the weight of the entire world on the cross with You that day. Our sins are forgiven because of what You did. Thank you for this sacrifice. I love You Lord. Help us to see you in all that we do. Give us Your comforting presence. Amen.