Today has been full of playing with children in the community of Elempalle. We moved from a different village than San Martin because Egidio wanted us to minister to the people of this impoverished community. We played with kids, took pictures of them and had them printed from Alan’s printer, decorated frames and gave them to their families. It was such a treasure for these mothers to receive a printed picture of their sons or daughters. Egidio and Dan Kennefick helped re-wire the entire electrical system of a woman’s house. This project was such a huge blessing for this woman and her family. Katherine Neil and Tristan Black read the Bible story of the “fiery furnace” to the children (in Spanish from the Spanish Bible!) and we sang songs in Spanish (Jesus Loves Me, Joy Down in My Heart) with the children. We spent the afternoon & evening in San Martin and hosted a Fiesta tonight! We showed the movie Fireproof and had a Gospel presentation. It was a great evening!

Here are a few pictures from today’s adventures! 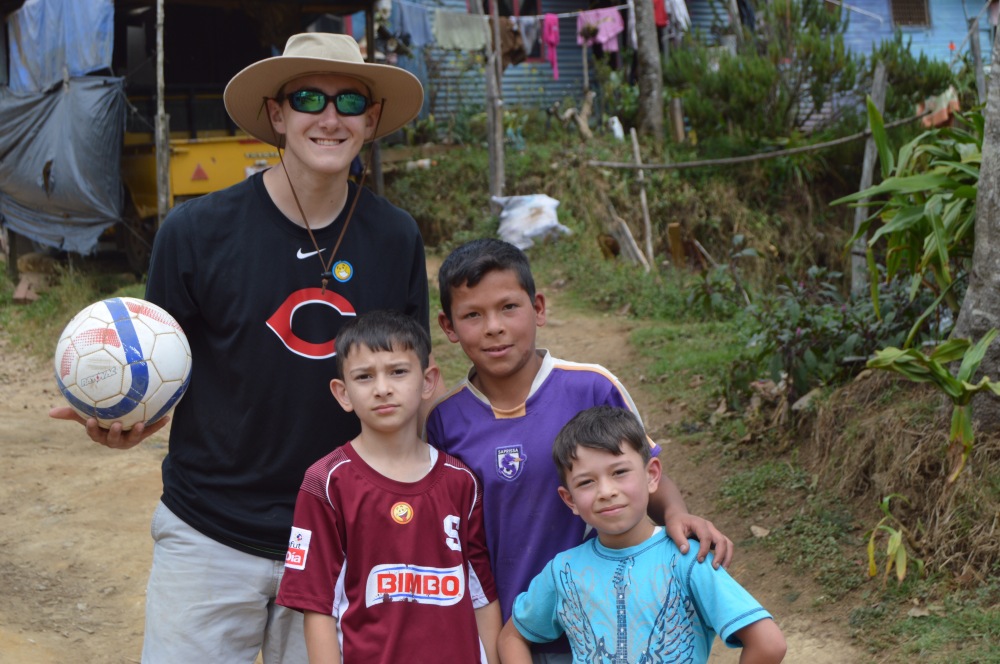 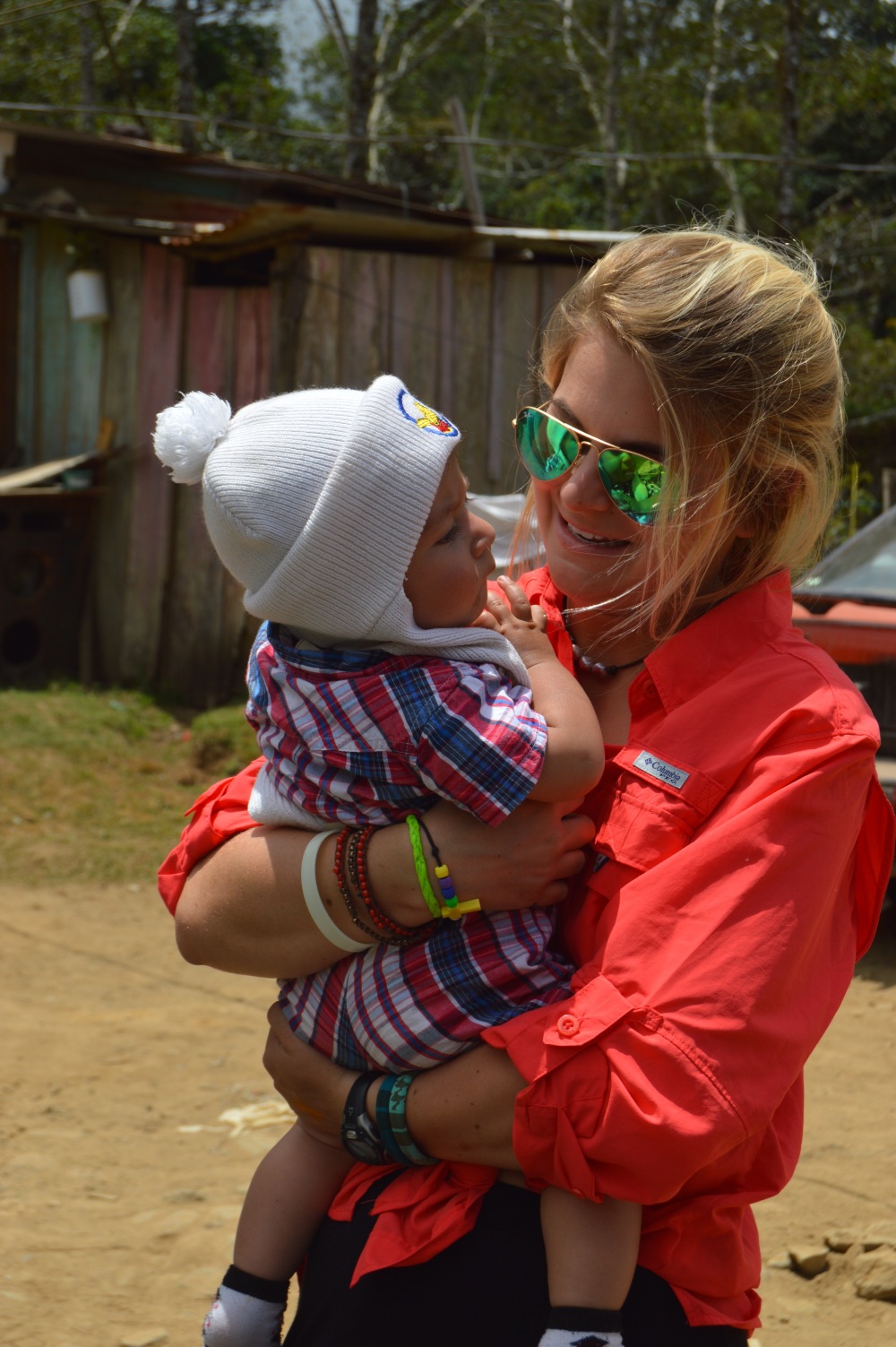 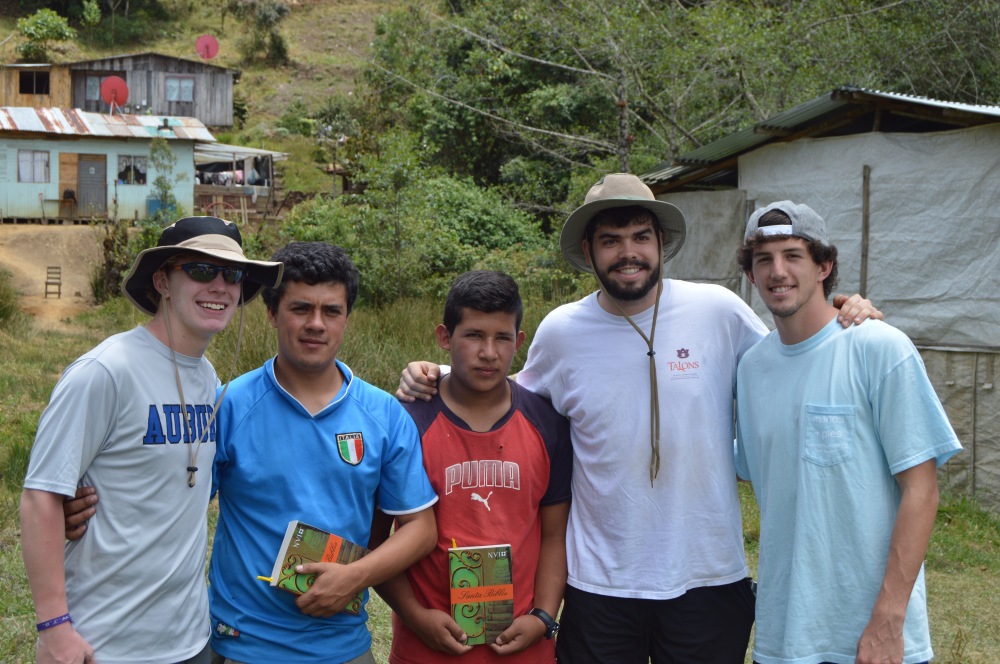 Lauren Sullivan: 10th Grade. I always throw around the word “blessed” sarcastically when something awkward or unfortunate happens, and up until this week, I never realized how blessed I really am. Today in the village I was talking to an 18 year old mom of two kids, and I learned that it was uncommon not to have kids by the time you are 16. It really shocked me because I could not imagine the responsibility of being expected to take care of kids that young. I am now even thankful for windows, you never realize how much you take for granted until you witness people longing for the things that you don’t even give a thought to, it’s just given to you. Another thing I learned this week is my problems aren’t even problems at all. The things I dwell on and stress about are nothing compared to the troubles the people here face. The Lord has also told me this week that my plans are not His plans. Even though I may not like the situation at hand, I know that the Lord will use me in ways that I don’t know yet.

Katherine Neil: 12th Grade. In the first community we went to today, it was Tristan and my turn to tell a Bible story. When no translator was available, Tristan and I were left to tell the story of the fiery furnace in Spanish. In the end, we read this story told in Daniel 3 from the Spanish Bible, and then I wrapped it up with my little bit of Spanish (with the help of a few friends). At first after telling the story, I dwelled over the lie that my words weren’t understandable with my poor pronunciation, and that no one truly learned anything through me. Soon after, the Lord reminded me, that in no way does He need me in order for his power to be shown. He doesn’t need me, but still He chooses to use me. That’s pretty awesome. Also, through that, the Lord revealed to me the simplicity of the Gospel. Although my words may have been blurry, the fact that God’s love is great and that He is always with us was clear. That is the most important thing.

Joseph Hyatt: 12th Grade. Today we went to a different village than San Martín. I met a little boy named Jason and his mom Nancy. Jason was about 4 years old and loved things made out of balloons. At one of our meetings, Dan and Alan gave us Bibles in español. God put it on my heart to give my bible to someone at that village so I got it out and Ellie Whatley and I went through and marked verses. We wrote the Romans Road in the front and where they could find it so they can see a simple representation of the Gospel. Ellie and I finished so we prayed over the Bible. I told Ellie I would love for Jason to have it for when he is older, but I couldn’t find him. Ellie said if God wants him to find it you will see him before we leave. I looked up after she said that and saw Jason round the corner. I asked him where he lives so I could tell his mother why I wanted Jason to have it. He understood. He walked me to his house and his mom met me at the door. We were able to communicate without a translator and we held a conversation. I haven’t taken nor spoke Spanish in two years. I realized God’s thread through it all and saw how God broke down the language barrier so the Gospel could be presented to Nancy and her son. God had his hand through it all. The Holy Spirit came alive and now Nancy and her son have God’s Word. This reminds me of Isaiah 40:8 “The grass withers and the flowers fade, but the Word of God stands forever.”

Sam Hyatt: Chaperone. Humility & humanity leads to knowledge and wisdom. Our God has created an array of people: different nationalities, different lifestyles, different languages, and different beliefs, but we all know and can communicate the universal language of love to all people. God is so much bigger than any of these barriers in our differences, so when we humble ourselves and show love for others, the impact of what we can teach each other can have an eternal impact. Egidio, our ministry leader for the week, uses his resources, his time, and his love to provide for basic needs for the people in his village and surrounding villages and ask for nothing in return, hoping that by demonstrating this love will open a door to later provide spiritual needs by introducing who Jesus is to him. I pray we can use our knowledge and wisdom that we receive from Christ and the demonstration of His love by others (such as people like Egidio) to live in humility and show humanity.